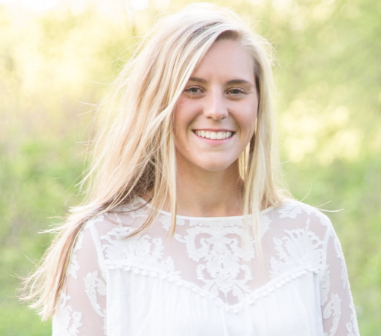 Love is Diving in the Ocean

Read: The One Man by Andrew Gross

Amazing Things My Kid Does 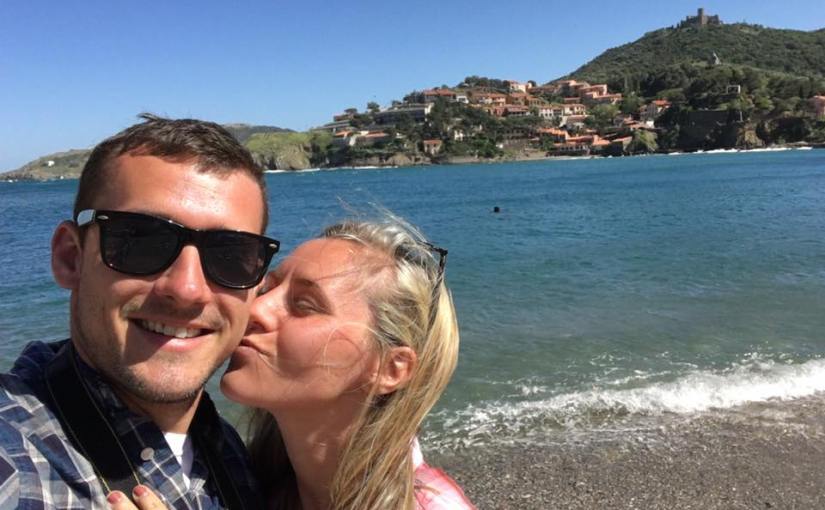 In a long-term committed relationship or marriage, we inevitably experience ebbs and flows of shared happiness with our partners, balanced with shared detachment. Weeks will go by that I can’t seem to connect with my husband no matter how I try; other times, the connection comes so naturally and genuine and I’m not even sure what we’re doing differently. I try not to question that sweetness, and leave it alone to run it’s course, enjoying the most of that easy love while it’ll last. The gentle love keeps me going; the type of feeling that isn’t immediately at the forefront of my mind until I’m experiencing it in real time…

END_OF_DOCUMENT_TOKEN_TO_BE_REPLACED 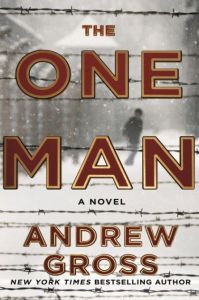 Book Review: The One Man by Andrew Gross

Summary: In the throes of the German-occupation of Europe, Polish physicist Alfred Mendl, along with his family, are given forged passports by the U.S. government in an effort to ship him to the states immediately, given his very valuable knowledge of a certain weapon that is believed to have the power to end the war. Right when they thought they would be escaping Germany, their faulty passports were torn to shreds, and the Nazis delivered the Mendl family to Auschwitz. At the gates, the Nazis destroyed all tangible evidence of a lifetime’s worth of research.

In the camp, Mendl meets a teenage prodigy, Leo, who embodies the phrase “mind like a steel trap.” The professor takes this gifted boy under his wing and teaches him everything he knows about his research, without giving any details as to what it is for. Mendl insists that this information will be sought after, and he is afraid that he himself may not live to share it.
END_OF_DOCUMENT_TOKEN_TO_BE_REPLACED 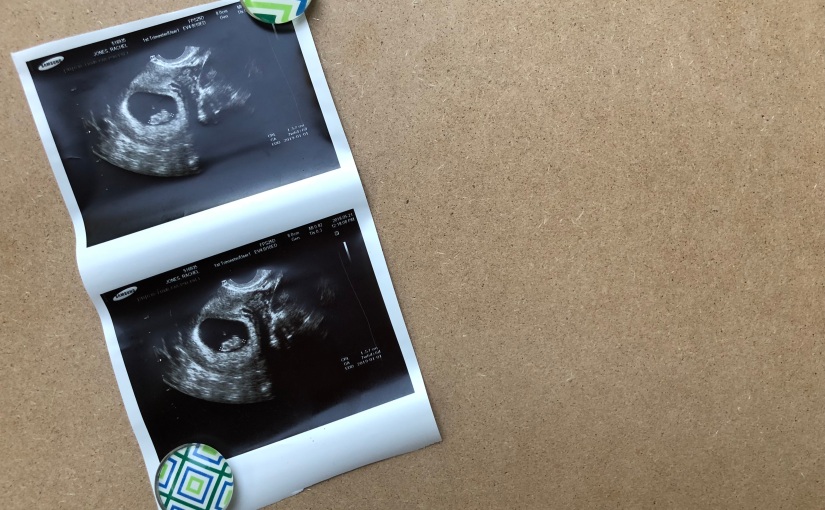 And what a whirlwind it has been! Despite having a five, almost six (!!!) year old, it almost feels like my very first time. There are vast differences from my first pregnancy and this go-around; the most glaringly obvious difference being my incredible partner that I have by my side. Becoming a new mother by myself compared to becoming a new mother next to my husband brings a wonderous new appreciation and excitement toward expanding my family.

While it was quite a shock to see the double-lined positive on the test, this pregnancy was far from unplanned. We’d been talking about our intentions to start a family for just shy of a year, and actively “not-not” trying for several months. It wasn’t until six or so months ago that we got serious about it, and boy, did our dream come true…

END_OF_DOCUMENT_TOKEN_TO_BE_REPLACED 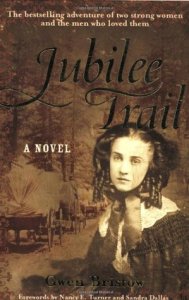 “We always hate the schoolroom where we learn hard lessons. But then we love it, because that’s the school that taught us all we know, and gave us all the strength we have.”

Summary: Garnet Cameron just graduated from an all-girls high school in the mid-1800’s. She’s from a swanky NYC neighborhood, living a privileged life in a comfortable home under loving parents. She lives up to the expectations of a man’s society, by being the “perfect” woman with impeccable manners and respectable morals. The only thing that separates her from the other girls she’s surrounded by is her unrelenting curiosity about what else is out there in this world, and her severe lack of interest in living her life as a homemaker. The proposals from the city men she’s used to don’t light a fire inside of her, and she denies the hand of a man from one of the richest and well-respected families in New York because he’s utterly boring.

Amidst the wonderment of where she really belongs, Garnet meets Oliver Hale, a frontier trader from California, who traveled to New York to purchase goods from an estate that her banker father controls. Following their initial meeting, Oliver finds reasons to visit Garnet at her home, and she becomes absolutely captivated by Oliver’s tales of adventure, and his inclination to treat her like an equal instead of a sheltered woman. Oliver asks Garnet to join him on the trail out west and she happily accepts. Very shortly after, they are married and have plans to travel to California so Oliver can close out his business commitments, and they will return to New York together the following year to begin their life.

While Oliver makes several more stops before getting on the trail, Garnet is absolutely enamored by her new freedom and Oliver’s delight in exposing her to all types of new experiences. One defining experience is visiting a dance hall in New Orleans where she watches a talented dancer steal the stage with her risqué performance.

The story initially follows Garnet’s experience enduring the difficulties of the trail, but as she gets to know her husband more intimately, she realizes he’s much different from who she thought he was.

Review: This story will absolutely go down as one of my all-time favorites. I give this book a hundred stars. Jubilee Trail is so much more than I could ever summarize. Garnet is strong-willed, quick as a whip, and loyal to a fault, but also comes with that sweet naivete that all of us have until we learn from certain experiences. She’s a thinker, but there are certain dreamer qualities about her that make me love her.

I so enjoy reading stories that take place in a timeframe before the mid-20th century. Especially love stories. There is something so endearing about the development of relationships prior to technology and social progression. The rawness, integrity, and simply put, the effort that men gave to impressing or pursuing a woman. All of the rules and ethics are touching. Though, Garnet didn’t exactly marry the suitor her parents had hoped, she felt truly in love with him, and they supported her relationship.

This story is about love, loss, family, friendships, and meeting unlikely people who touch your life forever. This story is about learning the hard way, and a very accurate depiction of how messy life can get, whether you’re a western pioneer, or a corporate CEO of a large company, you can relate to the difficulties of making choices and either living with them, or moving forward.

The development of each and every character is notable, and everyone has a vital place in the story, and I can’t help but to be cheesy, but – they will rest in your heart for years to come.

Check out my other book reviews here 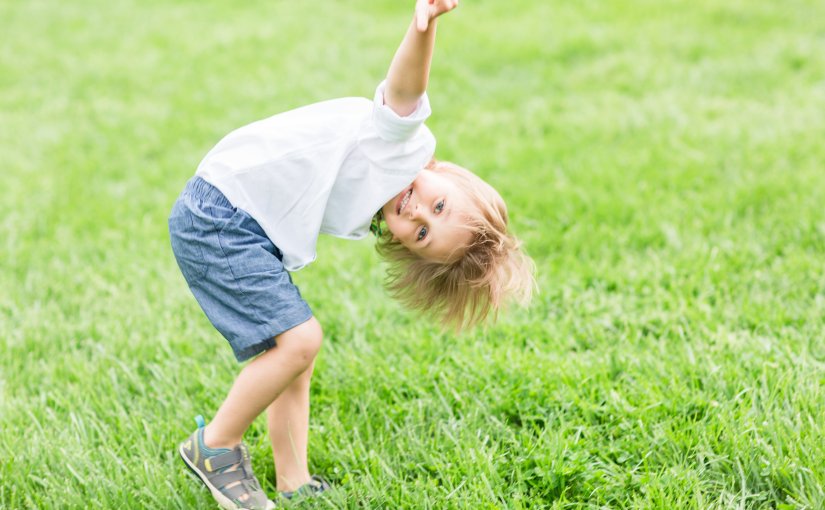 Parents, isn’t is downright astonishing that we’ve managed to sustain humans of our own? Whether you gave birth to, adopted, fostered, took responsibility for, however you brought a child into your family, you’ve raised that human by yourself. And that’s pretty freakin’ cool. In the every day shuffle of routine, sometimes we go all day without noticing something adorable, innovative, or otherwise intelligent that our little humans have done, and even the amazing things we witness them do can go long forgotten. Here is a compilation of some of the cool, funny, smart, kind, and human things that my five year old has done…

END_OF_DOCUMENT_TOKEN_TO_BE_REPLACED 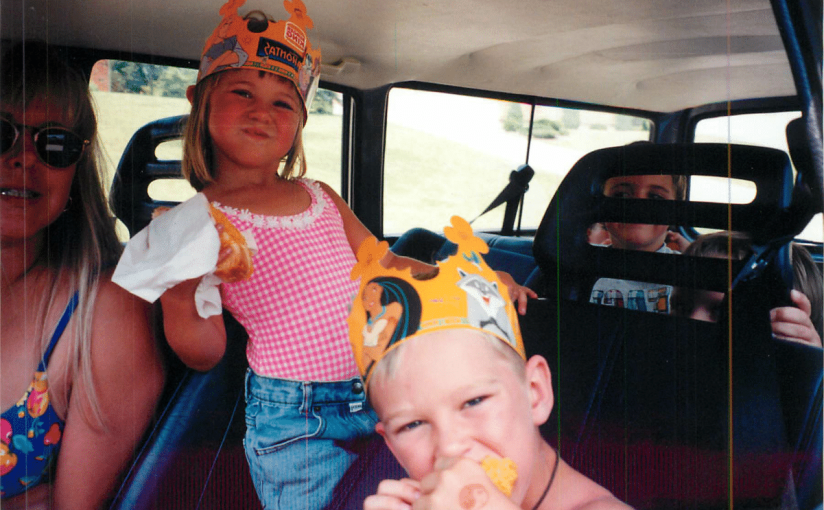 Several weeks ago I came across this article about the maternal grandparent advantage and while it resonated with me, it also inspired me to return to another conversation that I’ve had many times throughout the years with my husband, close friends, and family: that of the kinkeeper.

Kinkeepers are those family members who provide tangible support for other members, nurture family history and tradition, and keep other family members connected. Often, this role falls to the female head of household or to the oldest daughter, although anyone can perform the function. – Carolyn J. Rosenthal

END_OF_DOCUMENT_TOKEN_TO_BE_REPLACED 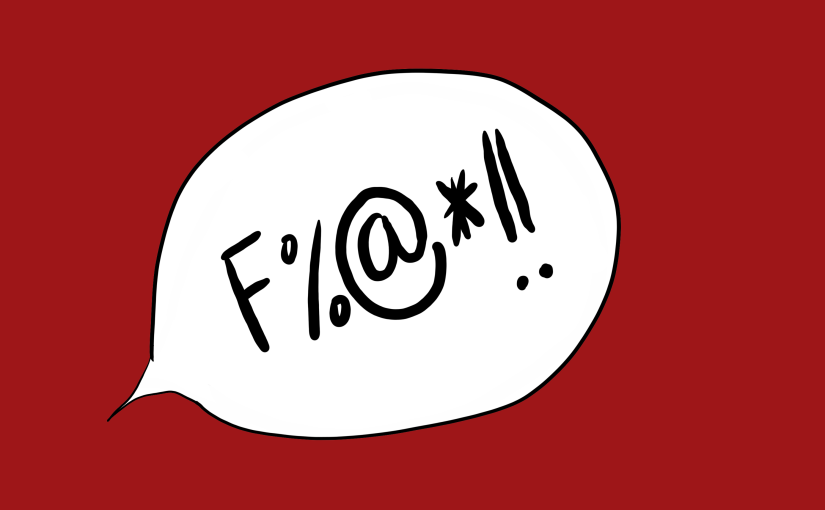 I claim one of my finest parenting moments as nipping the whole “saying-bad-words” thing in the bud. Shore will not say any naughty words. I’m not sure why, but it’s one of those things that worked out for us the first time we addressed it. Despite his insistence to refrain from swear words, we still try our best to keep our language clean and clear of anything we don’t want Shore to repeat, because he definitely recognizes the bad ones when they slip out! (And he calls us on it… then spanks us.)

As a parent, my dialogue can get pretty creative and off-the-wall. I’ve said a lot of things I’d never say if it weren’t for having a child within arms reach at all times. And I’m not talkin’ only swear word substitutes. I say some outlandish, nonsensical things to entertain that kid. As for my substitute swear words, they’ve been spontaneously uttered at one point or another, and some simply stuck. Of course, new ones are spilling out on the daily, but here are some of my tried and true go-to’s:

Fudge! Okey, we all know which one this is a substitute for. I use it. A lot.

Frick-frack Shore uses “fwickin” a lot, derived from the root word, “frick.” It mildly bothers me when he says fwickin, so I try not to use this one. I semi-scold Shore for saying it himself.

Shiiiiiii…take! You can probably guess my favorite real swear word. This one is a constant, since I can redirect my reflex impulse from s*%t mid-sentence, assuming I catch myself.

Poop nut This is, by-far, the family favorite. We all use this one quite religiously. Everyone’s a poop nut at least seven times a day. We have plenty of variations. Poop nut on a stick, poop nut head, poop nuts for breakfast, poop nuts for dinner… yeah, definitely one of our more popular substitutes.

What about you? Do you drop f-bombs in front of the kids? Do you have your own go-to swear word substitutes? Leave your own input in the comments!