Love is Diving in the Ocean

Read: The One Man by Andrew Gross

Amazing Things My Kid Does

We all feel like awful parents sometimes. As a matter in fact, a distinctive quality of a good parent is the inevitable assumption that we’re actually doing a shitty job from time to time. It sure isn’t easy raising a human, and it’s especially difficult having a career simultaneously. Many working parents have to entrust a downright stranger, at least initially, to care for their child while they work all day. Unfortunately, we haven’t had the most pleasant experience when it comes to finding childcare that we trust and feel completely comfortable with, while still offering our now 4-year-old son, Shore, an environment that encourages his growth…

It was Monday, February 6, 2017. Thus began one of the more stressful weeks I’ve had the displeasure of clawing my way through in quite some time. One thing led to another, and it gradually became worse and worse. Our rent was late (not for lack of funds, but bad timing ), I was distracted due to lacking connection and time spent with my husband, we joined our bank accounts -imagine the cause and effect for the changer (..me)- and on top of that, we had to find a new daycare for Shore.

We’ve had rotten luck with childcare since moving up to Columbus. Come to think of it, this isn’t the first time I’ve brainstormed a write-up for the very adventure that I’m about to take you on.

In Cincinnati, where we lived prior, my mom exclusively watched our son during the work day, and my older brother picked up sitter-duties in the early evenings when she had to leave for work. It was fantastic. Our son stayed with family all day, we didn’t pay a dime, and most importantly – we had peace of mind. 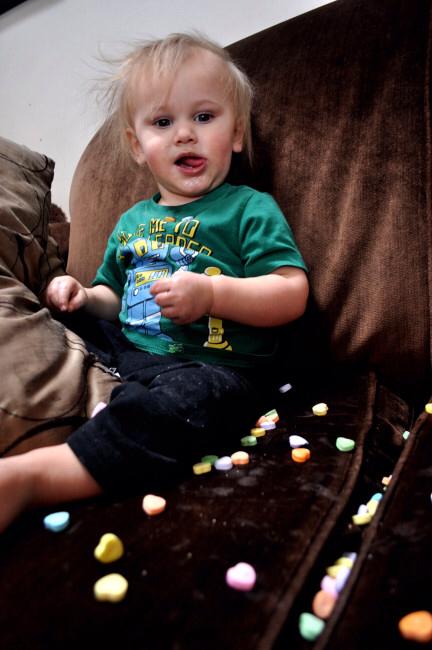 I took it for granted; dropping him off whenever we needed a night to ourselves, or even just an hour. Going to the gym without paying a sitter was nice (albeit, we love babysitter Katie!). We had no daycare bill to budget for, whereas now, daycare makes up about 38% of our monthly budget. I’m not going to get into the ludicrousness of that figure. Just know, that’s a whole fuck-of-a-lot of money.

Anyways. The first place we enrolled him in October of 2015 was a franchise facility. I get the ugly job of dropping him off in the morning, indubitably leaving Adam the task of picking him up, which every parent can agree is the only fun part about daycare. Now that that’s clear, the first few weeks were pure emotional turmoil until he stopped chasing me to the door in the mornings with tears strewn down his face. Once, we even had a heartbreaking one-on-one cry sesh during my lunch break back in the early days, but he eventually warmed up to his new reality. Within a couple weeks he sustained his first bite wound, and naturally delivered one himself. Then there was the pink eye, diarrhea, strep throat.. Oh, and walking pneumonia. But what really sealed the fate of our patronage was the monstrosity of a scratch mark down his face from some punk bitch named Antonio.

Ahem. I was obviously new to this whole daycare thing.

In February of 2016, we found a different, privately-owned daycare for him. It seemed lovely. Only a block away from our house, and a little more affordable. They had a peculiar set-up, with kids of all ages assembled into one large group with the same schedule. We still didn’t know much about daycare at this point, or what might work for Shore, but looking back, I feel this model was the downfall of his success (or lack thereof)… Initially, it was great. Until the instructor started calling me out of work every time he got into a quarrel, or, get this… wouldn’t take a nap. The delinquent in me started to come out at home when Adam and I would discuss these ridiculous occurrences. “All he did was push some kid down on the playground, so what? Shit happens!” I wasted three entire vacation days picking my kid up from daycare because he “woke the other kids up at nap time.” Oh, PLEASE! Not only were they completely unreliable, but I couldn’t hang with these prudes. Not to mention, Shore was older than everyone in the group by at least a year. In adult years, that’s like an 19-year-old hanging out with a high school freshman. Can you say, ‘conflict of interest’?

On to the next.

December 2016. We decided to take a different approach entirely and began interviewing “in-home” daycare owners. Wowee. I was side-eyeing hardcore through that process. Most memorably, one chick took me to her basement, aka the “classroom” (which smelled of mold); though my mind was made up, out of courtesy I asked, “so, when will you be ready to take children?” The answer was a confused, “as soon as possible!” I waved goodbye to her unmentioned pit bull on the way out and then erased her number from my phone. Immediately.

We eventually came across an older woman who seemed to have something going for her. Let’s call her, ‘Ms. Andie.’ We were surprised by our first visit to her house. The entire home was dedicated to her daycare business. Hand-drawn, colorful pictures decked out on the walls alongside educational posters, toys in decent condition. It was small, though the yard was big enough and the price was right. The vibe was professional but lax. We liked it. We shook hands and brought our son the following week.

It went… well… at first. Her social awareness was somewhat understated. I guess she couldn’t sense the urgency I had when dropping him off in the mornings and she may or may not have been liable for my tardiness several mornings, but she was decent and I knew my son was safe with her, so we hung on. Gave her the benefit of the doubt. Threw her a bone. Wished that it would work out, because Shore is on day care #3, and we just want stability. God, please.

Weeks pass. We sidled through her blundering f-bombs and lack of cordiality. We fought Shore every morning to get up and go. He wasn’t motivated and we could tell, after a short time, that he wasn’t thriving. So begins, the fourth search party. We agreed that we couldn’t afford the private care that would live up to our standards, and began collecting quotes and availability from care-centers again. We were desperate, but we had a pretty good idea by this time what we were looking for and wouldn’t suppress any gut feelings. In the meantime, Shore was still going to Ms. Andie’s house.

Until that fateful Friday evening, when I walked through her door to pick my son up after a long, stressful day. She apathetically acknowledged me, since of course she was amidst a very concerning conversation with her 15-year old daughter about the YMCA water aerobics class schedule. Serious business. But that wasn’t what shocked me. No, no, no… It was the fact that Ms. Andie was sipping on a BEER. A fucking beer. A Budweiser for Christ’s sake. I was fuming. I was shaking with discontent and of course I knew at that very second that we would never step foot in her house again.

Folks, I wish I could tell you that I went medieval on her ass, or that I even confronted her at all. Believe you me, I’ve done it about a hundred times in my mind since then. What really happened, though, was that I blocked her number, deleted her texts and emails, and cut ties with her altogether. Shore spent the next week or so at his Nana’s in Cincinnati until we found a more suitable environment for him, and the rest is history. 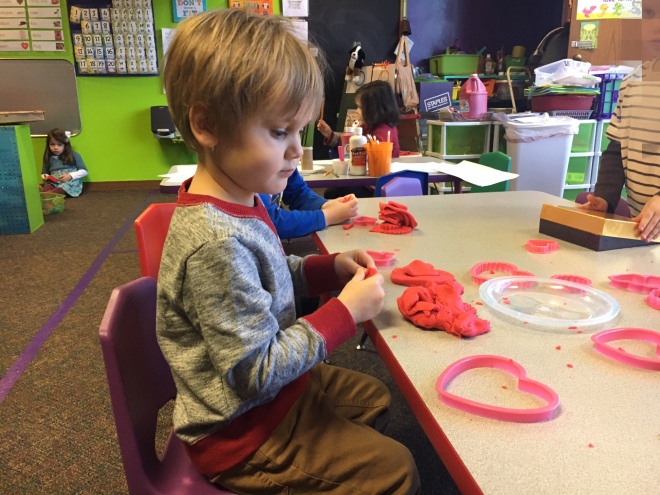 He’s been at his new daycare for going on two weeks now. It’s night and day from any of the aforementioned establishments. He’s in a classroom with twenty other four-year-olds, and he almost doesn’t hate going to school in the morning. He was eating hummus and pita when I picked him up today. Hummus. and. pita. The only thing that could make this daycare any more perfect is if Ms. Frizzle showed up and flew the kids on an adventure through someone’s nostril for a field trip through the human gallbladder.